Do we all start wearing impromptu facemasks tomorrow? At the end of March, we are three weeks into a national emergency of this global pandemic. Numerous universities and medical institutions believe they have a sense on the virus trajectory, fatalities and whatnot, given the rampant spread and our varied responses to national (and global) social distancing orders. Gyms and movie theaters are closed. Bars and restaurants are take-out only. Festivals are being cancelled month after month. Even the state park parking lots are shut down in California… so to still get in, it’s time to take the long way around. 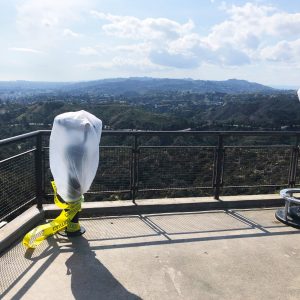 What’s the long way around look like for the economy? For the schools and hospitals? There is no easy way out of this, but alongside the siren alarm of a SURGING coronavirus, once again it feels either quelling or oblivious to listen on at the other end of the echo chamber. The most surprising thing I’ve seen in the last month are the range of personal responses (aside from entire crash course of epidemiology that I feel like I’ve taken on reddit), like this is another chasm of a chord the news has struck.

Everything from ‘hoax’ to ’still ramping up’ is being suggested. But do we have “herd immunity” by now? Has this virus been running wild and getting people sick since New Years? I would think not, given such a spike later in the year, but then again, the more I think about it… the more I realize that there are so, so many factors at play here, most of which I have no real sense for whatsoever.

Even these terms in casual conversation, let alone any advanced understanding of how viruses work – and vary – were going way over my head. While I’d hate for you to abandon this read here so soon, I wanted to share this immensely insightful article on the state of our human condition, how Covid-19 uniquely spreads, and what we can probably expect in the months ahead. I don’t believe WIRED magazine has any strong political leanings or obvious spin to put on the situation…

But seriously, are we ready for facemasks tomorrow? The CDC is allegedly teetering on making the national decree in favor of them. Since we’re already two weeks behind the eight ball on course correcting this thing already though, it wouldn’t hurt to take an upper hand this time. Worst case scenario of wearing a facemask in pulic for a few weeks is that you look like a kitschy cowboy, but people around will understand and respect the decision. The best case scenario is that you don’t get someone else sick. Common wisdom is usually in the interest of helping oneself, but these are uncommon times. We can do this to help one another. We live in a sci-fi future with the technology to trace and identify a naked enemy, yet it may only take something as simple as a bandana to help ward it away.

Despite the social distancing, we are in a new height of global solidarity. Bear in mind that the only reason McDonald’s is able to serve billions of burgers per year is because a million of them don’t get ordered at the same time at the same franchise. It’s still an excess of people to handle, in a massive rush, when the resources are clearly not in place – not in one place, not at the other McDonald’s down the street, not anywhere. I didn’t want to share any “early” statistics here, as high amounts of asymptotic individuals walking around (hopefully) skews the general percentages and rates lower than they can be observed – due to the limited testing – but the situation is still nothing short of dire for many, Americans and otherwise, in the immediate future.

This spring could be a very trying season for many of us. Love your friends and family. I’m also loving Houseparty if anyone else is bored for the next three months.